While there were many small, rural schools in the area, the first public school, Keytesville Village School, was built in 1865. It was a two-story building with grade school classes taught on the lower floor and high school in the upper rooms. By 1883, student enrollment had reached 300 students, which necessitated the construction of a new school building, completed in 1889.

The 1889 building sat on a campus the size of an entire block and included a stable with 25-30 stalls for the horses of both students and teachers, as well as a large grassy space where track and field events could be held.

Due to a growing student population and lack of available space, it was decided a new building should be built. Therefore, in 1915-1916, the 1889 building was demolished and a new building erected in its place. This was a three-story building with eight classrooms. There was an office for the superintendent along with a large library room and a study hall with a stage used for entertainment. This building was in use until 1965 when construction on the current school building was completed.

In 1958, construction was completed on the junior and high school portion of the current school building and students began populating the halls in December of that year. Classes for elementary students continued to be held in the 1915 building until the addition was completed on the current school in 1965. More recently, a large renovation project has been underway to make the school more energy efficient and spruce up amenities.

“The Mission of the Keytesville R-III School District is to be a community working together to Teach, Involve, Guide, and Empower Responsible Students” 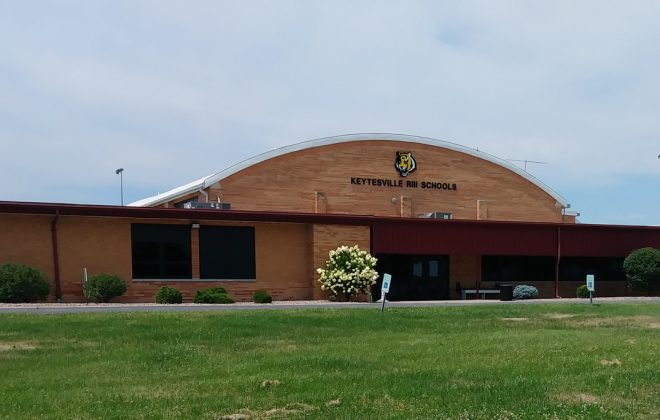 Due to concern for the health and safety of our Alumns, it is with heavy hearts that we have decided to cancel this year’s Alumni Banquet. If you have already purchased your ticket(s), a refund will be forthcoming. In addition to the Alumni Banquet, the…

This year’s event will be Saturday, April 20, from 5:00 to 8:00 pm, at the high school gym as usual. We reallllly want to get more people there this year and are offering confidential assistance to those who can’t afford the $20 fee. Loads of…